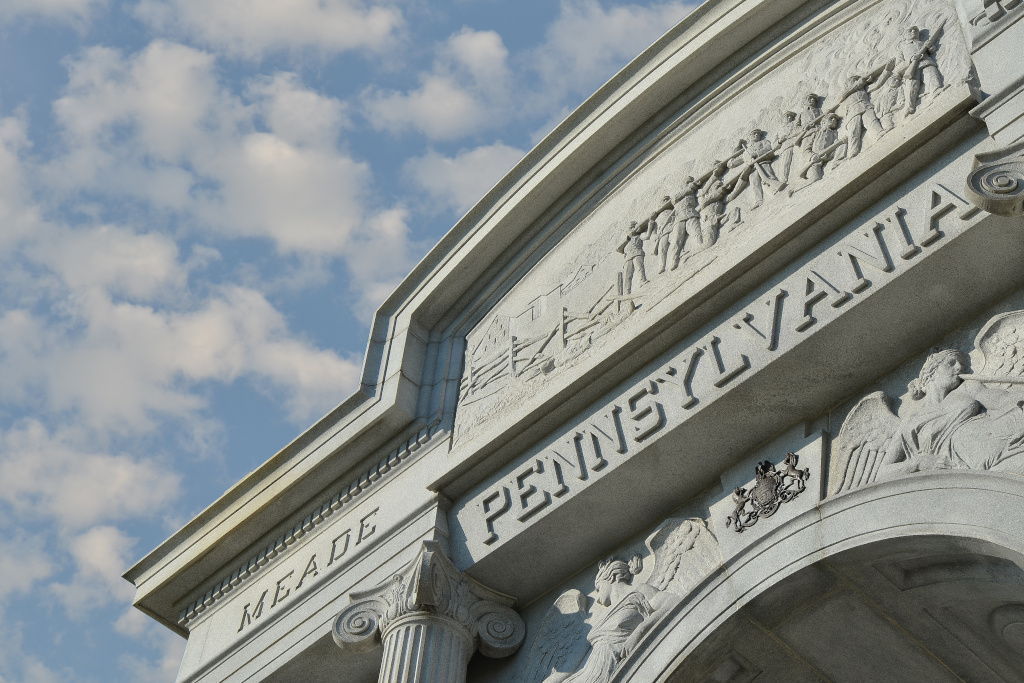 Discover auto insurance requirements, the best companies, and how to get the lowest rates in Pennsylvania.

Pennsylvania is one of the top five largest states by population. In 2021, there were about 9.2 million licensed drivers on the road in the state. Most of the state’s population is based in the large metropolitan centers—Philadelphia and Pittsburgh. Despite its large population, Pennsylvania’s auto insurance rates generally rank lower than the national average.

This article will break down all aspects of car insurance in Pennsylvania. This includes a look at how Pennsylvania’s average auto insurance rates match up against the rest of the country. We’ll also teach you about each law and policy that the state has relating to car insurance, including how much insurance you need to drive.

The average auto insurance rates in your state are a good statistic to consider because they give you an idea of what people are normally paying for their coverage. This can help you find out if you’re overpaying or already getting a good deal.

The graph below shows how Pennsylvania’s auto insurance rates have changed from 2012 to 2019. Pennsylvania car insurance rates increased from $827 in 2012 to $992 in 2019. This was an increase of $165, or 19%. You can also see that Pennsylvania has maintained its position either at or below the national average (aside from a slight rise above the US average in 2012 and 2017).

Below is a graph displaying Pennsylvania’s average liability insurance rates from 2012 to 2019. Throughout the eight years, Pennsylvania’s rates have been lower than the national average. But they have been increasing over time. Liability rates in the state went from about $490 in 2012 to $550 in 2019.

In the graph below, you can see Pennsylvania’s average collision coverage rates from 2012 to 2019. Collision rates in the state have been on the rise. And, in 2013, 2015, and 2016, rates were even higher than the US average. This is possibly due to the amount of collisions in the state. In 2019, there were 125,267 crashes reported to the Pennsylvania Department of Transportation (PennDOT).

The table below shows the average comprehensive coverage rates in Pennsylvania from 2012 to 2019. The state’s comprehensive rates have been increasing since 2012. In 2016, 2017, and 2018, rates were higher than the national average.

While the state requires a minimum amount of car insurance to drive, it may not be enough to cover the costs of an accident. Consider your state’s requirements to be the bare minimum. It’s always a good idea to add as much car insurance as you can afford to your policy. This way you can avoid paying out of pocket as much as possible.

You may see your state or auto insurer write out the minimum liability requirements in shorthand form. This appears as: “15/30/5.”

Buying the minimum amount of liability insurance is enough to legally drive. But insurers and others in the auto insurance industry generally recommend having bodily injury limits of $100,000 per person and $300,000 per accident.

Pennsylvania also requires you to buy personal injury protection (PIP) coverage to drive. PIP covers medical bills for you or your passengers in an accident. It’ll kick in regardless of who caused the accident. In Pennsylvania, you must have at least $5,000 of PIP.

In Pennsylvania, you must choose between limited or full tort coverage. Full tort coverage means that you may sue another driver for pain and suffering after an accident. With limited coverage, you’re unable to do so.

So, which one should you choose? Full tort comes with the most benefits, but it’ll make your premium higher. Consider whether a lawsuit is something that you’d pursue if you end up in an accident. If so, then it might make sense to get full tort coverage. Either way, you’ll have to decide which one you want in Pennsylvania.

UM and UIM is a type of coverage that covers damages that an uninsured or underinsured driver causes in an accident. Pennsylvania doesn’t require drivers to carry UM and UIM coverage. However, keep in mind that about 6% of drivers in the state were uninsured in 2019. It’s a smart decision to carry UM and UIM so that you don’t have to pay out of pocket for expensive damages after an accident.

All drivers in Pennsylvania must have proof of financial responsibility for each car they register. In other words, you need to carry the state’s minimum amount of liability insurance. It’s smart to keep proof of insurance in your car at all times. You’ll also need it to maintain your car’s registration. Here’s what would be valid proof of insurance:

In Pennsylvania, you can self-insure your cars. This is where you take complete financial responsibility for your cars, as well as other driver’s expenses if you cause an accident. To obtain self-insurance, you must complete a proposal to the state’s DMV. The proposal that you file should contain:

Pennsylvania accepts many forms of payment for the security. This includes the following:

Driving without the minimum car insurance in Pennsylvania is against the law. Doing so can land you in some big legal trouble. If you’re caught driving without insurance, you could receive the following penalties:

Keep in mind that you might also experience registration or license suspensions if you have a lapse in your coverage. The same can happen if your insurer cancels your policy. A lapse happens when you go any period without car insurance.

If you lose your auto insurance, you can’t drive your car until you have proper coverage. By law, you can reverse any suspensions if you can prove to the PennDOT that you didn’t use the car during the lapse period. The lapse period must be a maximum of 31 days for you to reverse the registration suspension.

There are plenty of companies to choose from when you’re trying to buy car insurance. The company that you choose is an important decision to make. This is who you’ll likely end up working with for years. But how do you find the best company for your needs? The best companies are ones that put you first by having excellent rates, benefits, and customer service.

To find the best provider, you’ll want to do your research. This includes comparing details about all the insurers you’re considering, such as their rates or benefits.

One of the ways you can find the best company is by looking at who owns most of the market share. These are usually the biggest and most popular companies. The largest companies aren’t always the best, but they do have the most customers in the area. So, they’re at least worth taking a look at.

Below is a table showing the top ten companies in Pennsylvania by market share in 2018:

Pennsylvania is a no-fault state. This means that you must buy personal injury coverage. PIP covers your injuries from a car accident no matter who was at fault.

Your insurer will generally declare your car to be a total loss if the cost of repairs is more than your car’s actual cash value (ACV). Each state sets its own guidelines on when a car becomes a total loss. Some states require insurers to declare a car to be totaled if the damages reach a certain percentage of the car’s value.

Other states, such as Pennsylvania, use the total loss formula (TLF). With the TLF, your car’s a total loss if the damages plus the salvage value cost more than your car’s ACV. Your insurer will return your car if it’s not a total loss and you’ll be able to repair it.

A salvage title car is one that was totaled in an accident or some other disaster and is now undriveable. Salvage cars are illegal to drive in Pennsylvania. And that makes salvages to difficult to insure. To drive it, you’ll need to restore it to a roadworthy condition. Then, you’ll be able to obtain a reconstructed title from the DMV. In other states these are called rebuilt titles.

How to get a Reconstructed Title in Pennsylvania

You’ll need an insurance policy to get a reconstructed title in Pennsylvania. But keep in mind that insurers may only sell you liability rather than full coverage. Your rates may also be higher than normal. Rebuilt salvage cars generally are a higher safety risk because they were once totaled. In addition, a vehicle’s claim history is permanent and never goes away.

Any insurer can access your car’s claim history when quoting you. But each company sets prices for rebuilds based on their own internal rate factors. That’s why it’s so important to shop around for the best reconstructed title insurance rate.

An SR-22 form is a document certifying that you have the proper amount of financial responsibility to drive in your state. This means that you have the minimum amount of insurance needed to drive and it’s on file with the state that you do. States will usually require you to file an SR-22 if you have a severe offense, such as a DUI or reckless driving.

In Pennsylvania, you don’t need to file an SR-22 form after a DUI or other severe offense. But you can still expect to become a high-risk driver and see increased insurance rates. This can make it hard to get insurance.

If an outside force damages your windshield, your comprehensive coverage will cover it. Unlike some states, Pennsylvania doesn’t require windshield replacement without a deductible. Some insurers offer a full glass coverage option for you to add to your policy. This is where your insurer will replace your windshield with no deductible. Keep in mind that this costs extra to add to your policy.

Filing a claim with your car insurance company is an important step if you end up in a car accident. Luckily, it’s fairly straightforward. Insurers have to play by your state’s rules, so no need to worry about your claim falling through the cracks.

What to Expect After Filing an Insurance Claim in Pennsylvania

After an accident, you should file any necessary claims as soon as you can. Some policies have specific rules for how long you have to file. Be sure to check with your insurer to know exactly how long you have.

Pennsylvania allows insurers to cancel or drop your policy for a set of valid reasons. These reasons include:

Driving while under the influence of drugs or alcohol is dangerous. It’s destructive to others and yourself. It can also get you in big legal trouble. Each state has unique penalties if you get a DUI. Typically, repeat offenses result in more severe consequences.

Below are the DUI penalties in Pennsylvania for having a blood alcohol content (BAC) of 0.08:

Third (and any more in the future) offense:

Pennsylvania uses a driver’s license points system. Each time you have a violation, such as a speeding ticket, you’ll receive points against your license. After enough points, the DMV could suspend your driver’s license.

The state will remove three points from your record each year that you don’t have your license under suspension. You’ll also need to not get any more points on your record during that time.

Most Popular Cars in Pennsylvania

Most Stolen Cars in Pennsylvania

Insurers also pay attention to which cars are the most stolen in each state. These are the cars that crooks target the most. If your car’s make and model is frequently a target for thieves, your insurance rates may be higher. Here were Pennsylvania’s most stolen cars in 2021: