How Where You Live Affects Your Car Insurance Rates

Your insurance could go up or down because of where you live. Here's how your zip code or city can have a big effect on your auto rates. 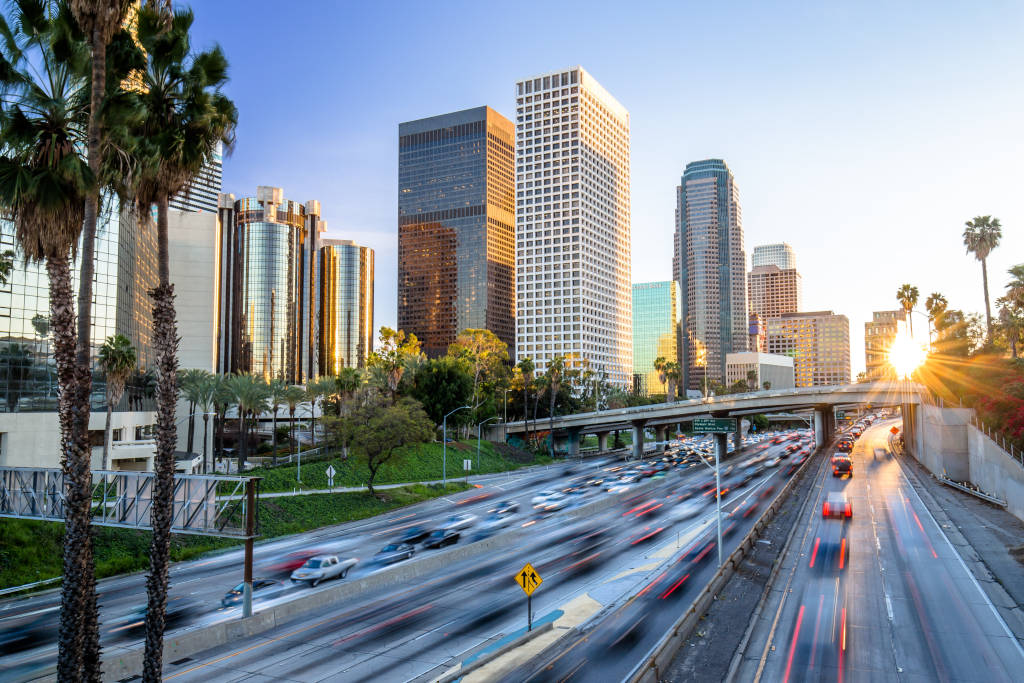 Your zip code is one of the auto insurance industries most important rate factors. That’s because those five simple digits say a lot about how much risk your car’s exposed to. Zip codes tell insurers your state of residence, city, and neighborhood all the way to your door. And that matters because where you live affects your car insurance rates.

Once your zip code’s added to a car insurance quote, one of three things can happen to your rates:

What you end up paying for coverage depends on what insurance companies know about where you live. And trust us, they know an awful lot about just about everywhere. Insurers charge higher rates to people living in places with conditions that cost them money. For example, people that live in cities with lots of accidents and crime will usually pay higher rates. And let’s not forget the opposite situation where a zip code with fewer people, less crime, and better weather. People that suffer these conditions pay less.

In this article, you’ll learn about how insurance carriers use where you live as a way to determine your rates. This includes a breakdown of what insurers consider when they assess a city’s risk. This will you help you find out if your city is causing your rates to be higher.

Whether you live in a big city or not can have an impact on your rates. People who live in big cities or urban neighborhoods will end up paying more for their insurance than those who live in rural areas. Large cities are more population dense, which presents a higher likelihood of crime and accidents. Simply put, you have a higher chance to get into an accident in heavy traffic than you do on a street with only a few cars.

Crime is a Big Factor

Crime is a major reason why your rates could be high. Insurance providers look at car break-ins, theft, and vandalism statistics when they consider raising your rates. Large cities typically experience far more crime than a small town would. For example, San Francisco sees about 74 car break-ins per day.

Where You Park Your Car Can Impact Your Rates

Insurers don’t just look at where you live when they determine your rates. They’ll also consider where you park your car. If you park your car on the street instead of in a parking garage, you could see a bump in your rates. To lower your rates, you should think about parking your car in safer spots, such as a garage. This is especially true if you live in a big urban area that is high in car thefts and vandalism.

Number of Claims and Uninsured Drivers

Another factor that insurers consider is if your area has a high number of claims. A higher number of accidents and insurance claims in the area presents a larger risk to providers. It also means that your area is generally costing insurers more money. This means you’ll likely end up paying extra.

Insurance companies will also look at the number of uninsured drivers in the area. Getting into an accident with a driver who has no insurance means you’ll end up paying more money. It also means the insurer will have to pay more money because of the potentially expensive costs of repairs after an accident. Insurers will consider an area with more uninsured drivers a higher risk because it’ll likely result in more expensive claims for them to deal with. This’ll cause your insurance costs to rise.

Per the Insurance Information Institute (III), these are the top five states with the most uninsured drivers based on the percentage of drivers who are without coverage:

Weather Can Play a Role

An area’s typical weather patterns are also a factor that many insurers consider. Weather and natural disasters can cause lots of damage. This causes insurers to receive a bunch of expensive comprehensive insurance claims.

Before moving to a new state or city, you should look into what type of weather is common in the area. If storms and harsh winters are the norm, you should think twice about moving there. There will likely be more claims in the area to drive your rates up. Storms and natural disasters can also pose a risk to your car. Living in an area with bad weather can end up being expensive for you in the long run.

Other Reasons Why Your Zip Code Can Affect Your Rates

There are several other reasons why your zip code can affect your auto insurance rates. State rules and infrastructure can play a role in how much you pay for insurance. The behavior of other people in your area will also have an impact. Here are some other ways how where you live can affect your premiums:

Your city’s road conditions are a factor that insurers look at. Potholes and poor infrastructure around your city can cause your rates to be higher. This is because they can cause more accidents and insurance claims in the area.

Insurers will also look at certain areas of a city that result in more claims than others. This includes specific intersections, roundabouts, or roads. The same principle as always applies here. More claims usually equal higher rates for you.

A state’s minimum insurance requirements are also a factor in raising your rates. Each state has its own rules for how much insurance you need. This includes the types of coverage that you’ll need to carry on your policy. New Hampshire and Virginia are the only states that don’t require any insurance to drive.

Living in a More Expensive Area

Living in a wealthy or more expensive part of town could cause you to pay more for your auto insurance. Affluent areas usually equate to more expensive cars being around. Hitting a Rolls-Royce is much more expensive than if you did the same to a Honda Civic. Expensive cars generally cost way more to repair and replace. At times, these costs will exceed your insurance limits. More expensive claims in the area will likely mean you pay higher rates.

Wealthy areas could also mean a higher likelihood of you getting sued. This is because rich people have the capital to pay for expensive lawsuits. Lawsuits can take a toll on you and your insurance company. If you live in an area with a high standard of living you should expect your rates to be a little higher.

Q: Does insurance go up if you live in a city?

A:  Your insurance could go up if you decide to move to a city from a small town. Cities are more population-dense and simply have more cars on the road than rural areas do. This can result in more accident claims, uninsured drivers, and crime. Insurers consider all of these factors and raise your rates accordingly.

Q: What happens to my car insurance if I move?

A: You could either see your insurance go up or down depending on where you move. Moving to a city with a bunch of risk factors could cause your rates to go up. Areas with rough weather conditions can also cause a spike in your coverage costs. You should be sure to research the area that you want to move to. This way you’ll know whether there are any risk factors in the area. Typically, less populated areas cost less for your insurance than cities do.

Q: Why did my insurance randomly go up?

A: Your insurance can randomly go up for several reasons. One of those reasons is where you live. This is usually for something that’s not even related to you at all. Accident claims might have gone up in your area. It’s also possible that there are more uninsured drivers out on the road. These are both reasons for your insurance to randomly rise. 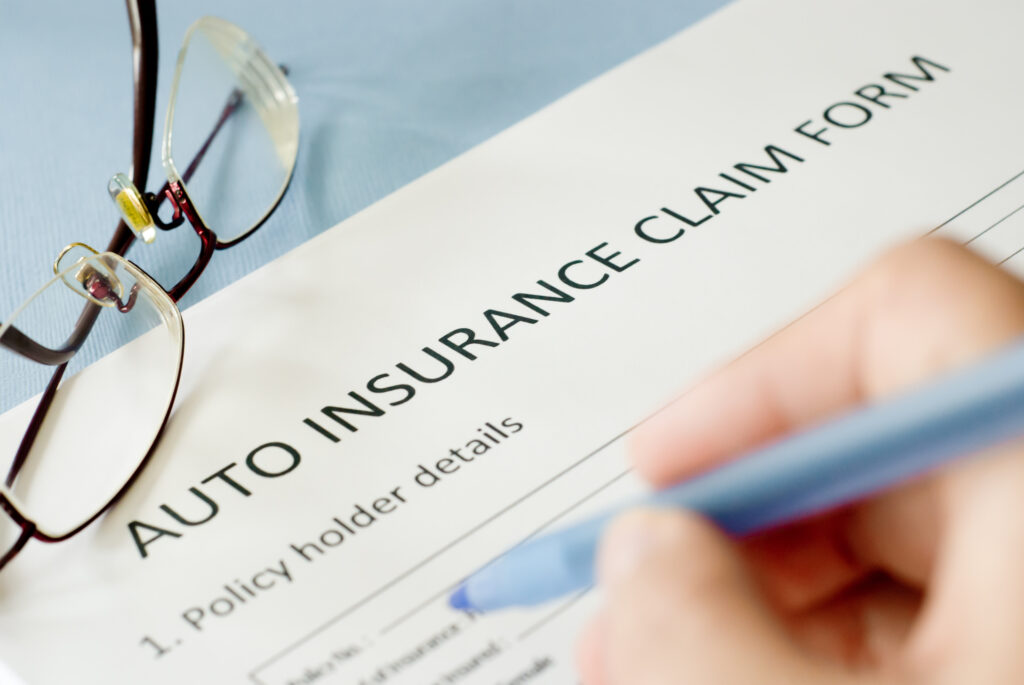 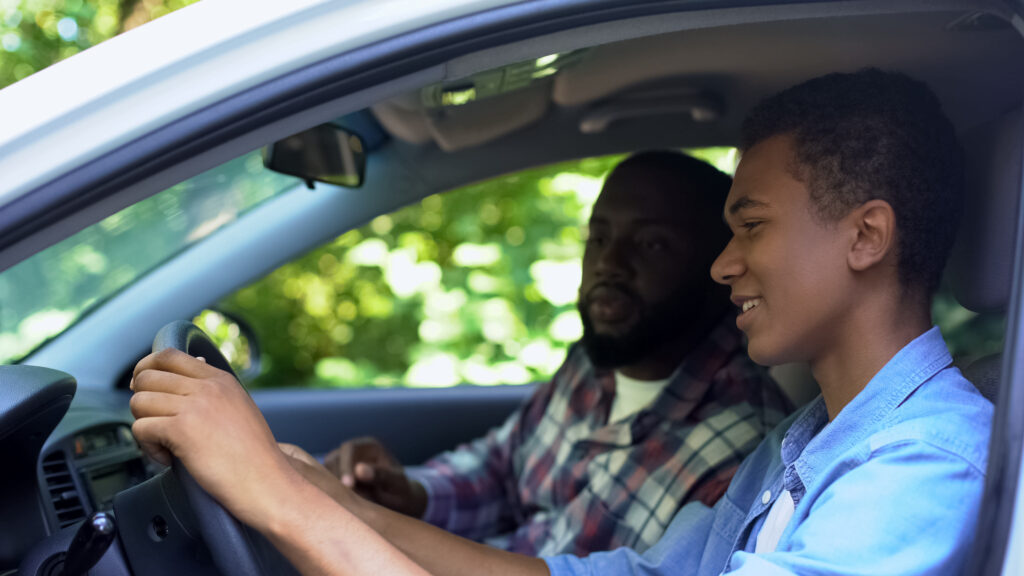 Are you or your kid just starting to drive? New drivers will most likely have higher rates. Read more about about how it works here.