Insurance for Cars with Rebuilt Titles

You can get auto insurance for a car with a rebuilt title. But special rules apply and premiums can cost you more. Find out how a rebuilt title affects insurance and which companies cover them. 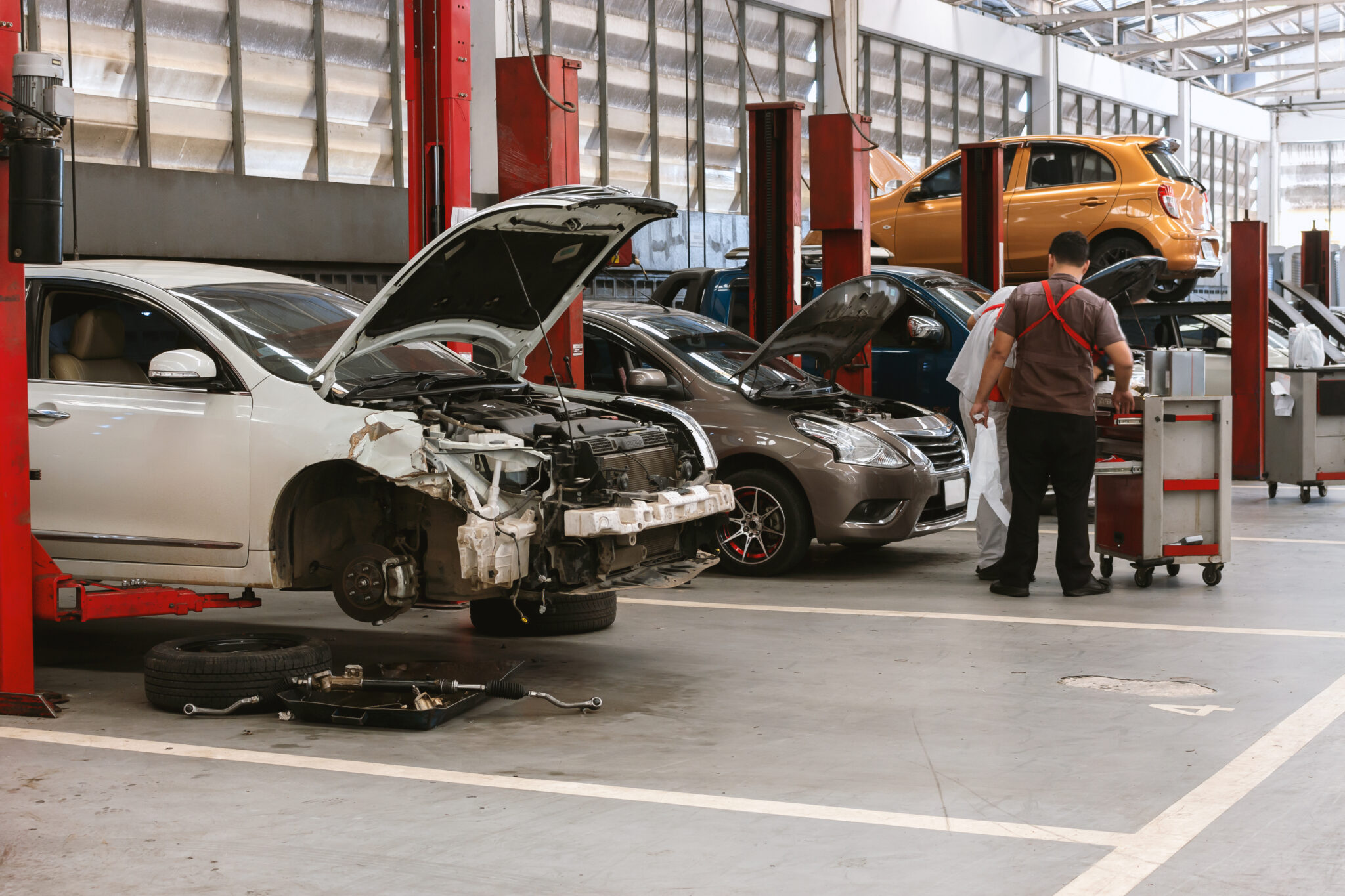 Did you buy a salvage car and fix it up? Are you looking to buy a used car? If this is you, you’ll have to deal with rebuilt or revived salvage titles. Also, depending on your rebuilt car’s claim history and current condition, you could have a hard time getting insurance.

Insuring a rebuilt title car can be tough because there are many unknowns. Providers don’t know how badly damaged or how safe the car is. And that’s a risk some insurers are unwilling to accept.

This article will teach you about rebuilt cars and other title brands. It’ll also teach you how to buy insurance for a rebuilt car. This includes:

There’s a lot of confusion about the difference between rebuilt and salvage titles. They’re similar because they both involve totaled vehicles. Here’s a quick definition of each type of title and how they differ:

What Are Rebuilt Titles?

A vehicle branded “rebuilt” means that it was once declared a total loss. A car totaled by its insurance company receives a salvage title and can’t be driven. To upgrade the title to rebuilt, the car must meet safety requirements and pass an inspection. Once a car is repaired and declared roadworthy, it receives a rebuilt branded title from the state.

States often have different requirements for a car to be drivable and get a rebuilt title. Some may require an inspection, while others could only require it to go through a checklist, such as in Washington state. Be sure to check with your state’s laws on totaled vehicles to learn know how or if you can sufficiently repair your vehicle to obtain one.

Here are some steps that you might need to carry out to obtain a revived or rebuilt salvage title:

What Are Salvage Titles?

A salvage title means that your car is a total loss, but you haven’t rebuilt or repaired it to be roadworthy. This differs from rebuilt branded titles where the state deems them street-legal. You can’t legally drive a car with a salvage title. Because of that, it’s impossible to insure salvage cars. Repairing your car to the point where a state will grant you a rebuilt title is the only way to drive it.

Most people only buy salvage cars because they intend to restore them. This is something to consider if you’re looking to buy a salvage car. Be aware that some sellers may try to hide the fact that a car has a salvage or rebuilt title. Use caution when buying a used car to avoid this.

What Are Branded Titles?

You might see the term “branded title” when you read about rebuilt or salvage titles. Branded titles reflect the type of damage that your car has sustained during its lifespan. They’re more of a category than a type of title. Title brands can affect what types of insurance your vehicle qualifies for. Examples of title brands you may see on a car title include:

Title brands may vary from state to state. It’s best to check with your state’s Department of Motor Vehicles (DMV) to know what title brands it uses.

Can You Insure a Car with a Rebuilt Title?

In most cases, you should be able to insure a rebuilt title car. According to Zachary Schneiderman, president of Schneiderman Insurance Agency in Granada Hills, California, “Insurance companies want a car to be roadworthy.” This means your car has passed all state inspections and has a valid title. “Rebuilt titles may be rejected, but it’s not common,” says Schneiderman.

Some insurance providers, such as PEMCO, don’t offer coverage options to owners of rebuilt cars. That’s because they’re unsure of how bad the damages were. It’s also because rebuilt salvage cars are a potential safety risk.

When you do get coverage for your rebuilt car, you should have no problem getting basic liability insurance. This is the minimum amount of coverage that most states require to drive. Liability coverage kicks in when you’re at fault in an accident. It protects you from the following:

The problem with having a rebuilt car is that you may be unable to get full coverage. This complete insurance package includes collision and comprehensive. These coverages protect you from the following:

Per Schneiderman, you may be limited to liability-only because “the car may not be worth much.” A rebuilt title car’s worth takes a drastic hit because of its accident history. Keep in mind that state laws and insurers’ preferences for insuring a rebuilt title apply.

Liability insurance may be the only coverage you can get for rebuilt cars. However, it normally won’t cost the same as it would if your vehicle had a clean title. In general, expect to pay more for rebuilt title insurance. Next, we’ll look at prices and which companies offer coverage.

How Much Does Rebuilt Title Insurance Cost?

Though you’ll likely pay more for car insurance with a rebuilt title, other factors affect your rates. Here are some of the primary factors that insurers consider:

All of the above will affect your coverage costs. But remember that insurers look at your claims history and driving record the most when they set your rates. If you filed auto insurance claims or received traffic tickets recently, your rebuilt title insurance won’t be cheap.

Providers also have misgivings about a rebuilt car’s safety and mechanical concerns. But in the end, you’ll most likely get coverage if the vehicle passes safety tests and the state deems it as “roadworthy.” But note that you’ll have higher rates than someone with the same car.

Just because you have to pay more doesn’t mean you have to shell out more than you need to. It’s wise to shop around and compare auto insurance quotes to find the best deal.

Most insurance companies cover cars with rebuilt titles. But some providers won’t insure them at all. And many others only offer liability coverage. Even so, most insurers will still cover a vehicle once it’s repaired and rebuilt.

Below is a list of the best auto insurers that offer coverage for vehicles with rebuilt titles:

Note: each company has unique requirements and restrictions, including state availability.

Can You Get a Rebuilt Title in Every State?

Every state allows you to get a rebuilt title for a formerly salvaged vehicle. As was explained earlier in the article, you must go through a checklist before getting a rebuilt title. Each state has a specific set of steps to take before you can get a rebuilt salvage on the road.

There are various names that states use to designate a rebuilt title brand. The table below includes the title brand each state uses for rebuilds. It has links to both official state resource pages and to our state guides with the steps you need to take before you can get a rebuilt title:

Q: Should you buy a car with a rebuilt title?

A: The short answer is that it depends. People commonly buy cars with rebuilt branded titles because they want to get a good deal. Sadly, they usually pay extra for insurance later on. Rebuilt title cars are cheap to buy but cost more in the long run because of insurance.

Remember to be careful of cars with salvage titles as well. These vehicles are not drivable. To be able to drive it, you’d have to restore the car. Unfortunately, car restorations are expensive and time consuming.

Q: Can a rebuilt title become a clean title?

A: Cars that have a rebuilt brand can never regain their clean title status. The word, “rebuilt,” is there to alert potential buyers and insurance providers that the car was a total loss in the past. This is key because rebuilt cars can be safety risks or have other issues crop up.

The only time a title can change from one to another is when a salvage becomes rebuilt. This only happens when an owner restores a car to a roadworthy condition.

Q: What is title washing?

A: Title washing is a form of fraud that involves both rebuilt and salvage titles. This is where a rebuilt or salvage car owner takes the car to a distant state and tries to register it with a clean title. Sellers do this to hide their title brand. Use extreme caution if you’re buying a used car, and don’t only rely on a title to know about any previous damages.

Q: Does a rebuilt title affect my car’s value?

A: Having a rebuilt title can negatively affect your car’s value. According to Kelley Blue Book, a “rebuilt” on a car’s title can decrease its value by about 20-40%. It’s because buyers don’t want to deal with a car that was a total loss. They may also worry about potential insurance costs in the future.

A: A Rebuilt title can affect your insurance in several ways. First, while you’ll probably find coverage for your newly fixed-up car, getting more than liability coverage is less common. You can also expect to be at odds with your insurance carrier about your car’s value. It doesn’t matter how much money you throw into it—it’s a rebuilt car, and everyone will know it. Unfortunately, that will never change since title brands are permanent.

A: Almost every insurance company offers at least liability coverage to rebuilt vehicles. However, each provider has unique rules and requirements you must satisfy before it writes you a policy. Some of the major insurers only offer liability for rebuilt salvage cars. Others may offer more coverage, but you should ask your agent or contact your carrier directly for more information.

Q: Can you get full coverage on a rebuilt title?

A: Most insurance companies cover cars with rebuilt titles, but they may not offer full coverage policies. The reason is that it’s harder for insurers to know whether damage to a vehicle after an accident is new. The damage could be from a pre-existing crash. It’s hard to know for sure. And that’s reason enough for insurance providers to deny full coverage to cars with branded titles.

Q: Do cars with rebuilt titles cost more to insure?

Then, there’s the matter of a vehicle’s actual cash value (ACV). Your car loses value with “rebuilt” on the title. But you’ll be charged full price for coverage. Paying more while getting less is part of the price you pay for driving a rebuilt car.

How Long Do Tickets Stay on Your Driving Record?

Tickets can impact both your driving record and your car insurance rates. Discover how long they stay on your record in your state. 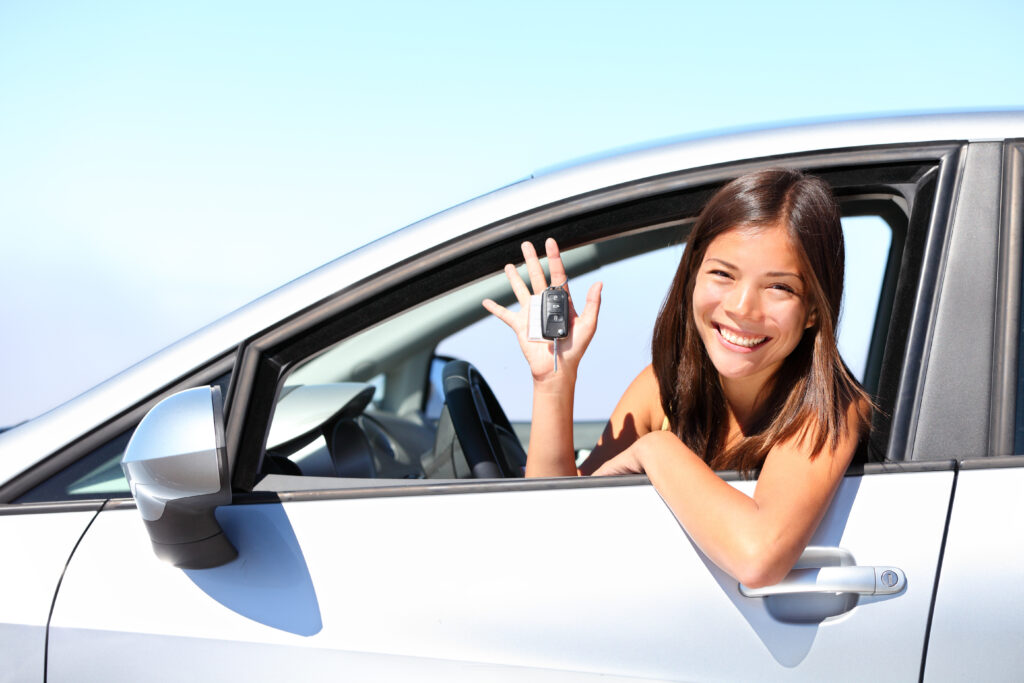 How to Add a New Driver to Your Insurance Policy

You may want to add someone to your car insurance policy for many reasons. But it can affect your auto rates. Learn more about it here.