Home » Auto » Basics » Can You Insure a Salvage Title Car?

Can You Insure a Salvage Title Car?

Salvage title cars are vehicles that have been declared a total loss. But can you insure them? This article will help you learn more. 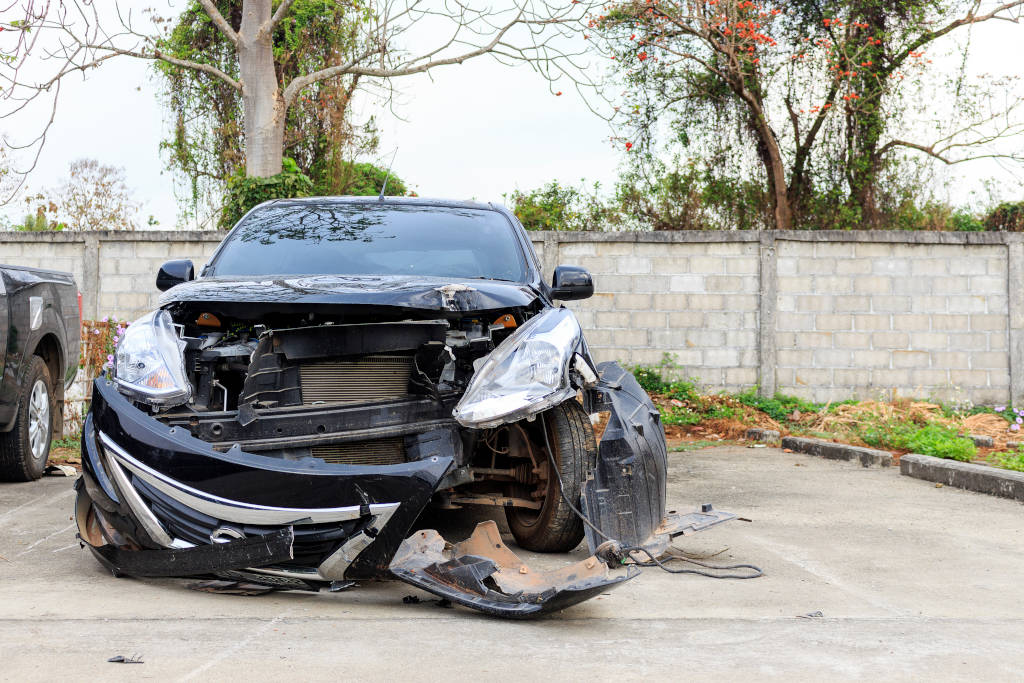 Do you have a car with a salvage title brand? It may be harder to find auto insurance if you own one. This article will help you understand what salvage titles are and how they affect your ability to buy car insurance.

What Is a Salvage Title?

Cars with salvage titles have been declared a total loss and unworthy to repair by insurance companies or registered owners. A car is a total loss when the cost of repairs surpasses its market value.

Auto insurance companies often declare a car as a total loss if it falls within a certain percentage of the car’s value, such as 50 to 90%. It’s important to note that each state and insurer has its own idea of what makes up a total loss.

Totaled cars are usually the result of major damages. Common examples include:

Once you or your insurance provider label your car a total loss, you must report it to your state as a salvage. Your state will issue your car a salvage certificate. This makes it illegal to drive on public roads and highways. You have some options if you have one of these vehicles. You can:

Vehicles that undergo proper repairs and pass a thorough inspection can qualify for rebuilt status. Be aware that each state has unique inspection processes and standards when issuing a rebuilt title.

Difference Between Rebuilt and Salvage Titles

People often confuse salvage titles with rebuilt titles. While both involve totaled cars, they have their differences and aren’t the same. Below is some quick info on both rebuilt and salvage vehicles:

A car with a rebuilt title is a salvaged vehicle that’s been repaired to a drivable state. Cars get rebuilt branding when they receive repairs and fulfill state requirements to become drivable.

Requirements often include an inspection, the specifics of which vary by state. Some states, such as Washington, also require owners to complete a checklist before they can convert their salvage title.

Because rebuilt vehicles are safe to drive, you’re likely to see them if you’re in the used car market. Many people favor them because they’re so much cheaper than vehicles with clean titles. But you could be in for a rude shock when you try to insure one. Some insurers, like PEMCO, won’t offer coverage options such as collision or comprehensive if you own one.

You may need to do the following for the state to issue a rebuilt title:

A salvage title refers to a car that an owner or insurance company deems a total loss. These vehicles are illegal to drive or park on public roads. They must be repaired before you can drive them.

Should You Buy a Car with a Salvage Title?

Buying a car with a salvage title could save you money, but it can also be risky. You’ll likely have a tough time finding insurance and may face some expensive repairs. Consider that salvages have sustained damage to the point where they’re no longer road-worthy. If you wanted to drive one, you’d have to take the steps to get it a rebuilt brand.

Buying a salvaged car could be more trouble than it’s worth for most people. Below are some pros and cons of buying one of these vehicles:

It’ll be difficult to find coverage if you own a vehicle with a salvage title. Most car insurance companies won’t insure them. This is because they’ve sustained so much damage that they’re unsafe to drive. Rebuilt titles have their own insurance issues because they were once a total loss, causing concern for insurance providers.

You’re also unlikely to get full coverage if you do manage to find a company that’ll insure your salvage. Many insurers will only offer limited coverage options, leaving out collision and comprehensive auto insurance. Keep in mind that salvages will usually be more expensive to insure due to their increased risks.

Salvages are also referred to as branded vehicles. Branded titles refer to any vehicle that’s a total loss due to a bad accident, flood, fire, or theft. Insurance companies will often say that they don’t insure cars with branded titles.

To find coverage for your vehicle, you can contact an agent or insurer directly. You can also compare quotes to see what other companies might offer you a policy.

How Much Does It Cost to Insure Salvage Titles?

Though many of the major auto insurance carriers don’t offer coverage for salvage titles, there are still some options. While companies will charge more to cover salvage vehicles, many factors affect auto insurance rates. Insurers will often look at the following when deciding your premium:

You can still try to get a good deal on your car insurance, even though salvage titles come with higher auto rates than clean title cars. It’s smart to look around the market and compare prices. That’ll help you find the best deal for your situation.

A: This question is hard to answer. First, most major insurance companies don’t offer any coverage for salvage vehicles. There’s usually no need. Salvages are worth very little. And, since you can’t drive one, you don’t need liability. Another reason you don’t need coverage is that the car’s value will be low unless it’s an exotic or collector car. For this reason, a policy would probably be inexpensive. That is, if yoiu can find someone willing to write you a policy.

But if you’re motivated to insure a wrecked car, ask an agent. They’ll guide you in the right direction.

Q: Can I remove “salvage” brand from my title?

A: The only way to remove the “salvage” brand is to take the steps to change it to a rebuilt title. To get a rebuilt title, your car must pass an inspection and/or complete a checklist, showing that it’s fully repaired and safe to drive on public roads.

There’s no way to make your salvage or rebuilt title a clean title again, however. Owners might move to a new state and try to pass their car off as a clean title. This is a form of fraud called “title washing.” For this reason, be sure to carefully review vehicle history using the VIN when you buy a used car.

Q: Is a rebuilt title the same as a salvage title?

A: A rebuilt title is not the same as a salvage title. Vehicles receive salvage branding when owners or insurance companies declare them a total loss. Cars with rebuilt titles used to be total losses, but now have passed an inspection and are legal to drive.

Q: Can I get full coverage for a car with salvage title?

A: Most insurers won’t offer full coverage for salvage cars. You’ll likely get a more limited policy, including liability insurance. Other options like collision and comprehensive coverage will probably be off the table. You probably won’t be able to cover a salvage vehicle with any insurance policy.

And honestly, you wouldn’t need full coverage on a vehicle sustaining so much damage that it’s totaled. Even liability makes little sense for a car you can’t even drive. Maybe you want to insure it in case it spontaneously catches fire and burns your garage down or some trips and falls against it and hurts themselves on the twisted metal. Or maybe you managed to buy a mangled Lamborghini for an absurdly low price that you dream of repairing someday. These might be legitimate reasons to carry a small amount of insurance coverage. 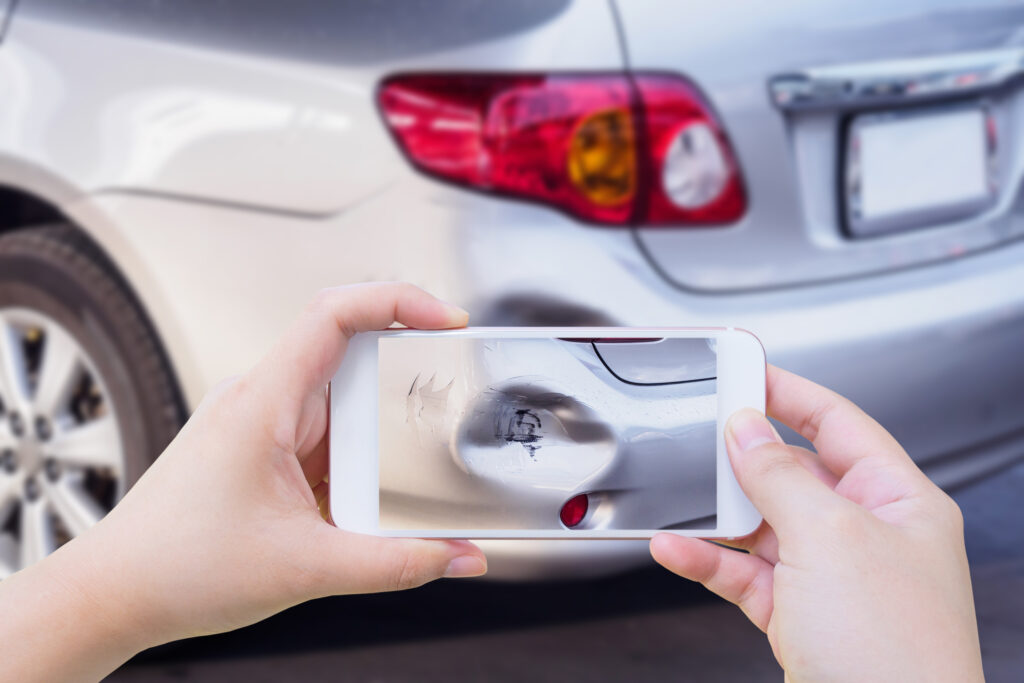 How to File a Car Insurance Claim

Were you in an accident? You’ll most likely need to file a car insurance claim. Here’s how you can easily take care of it. 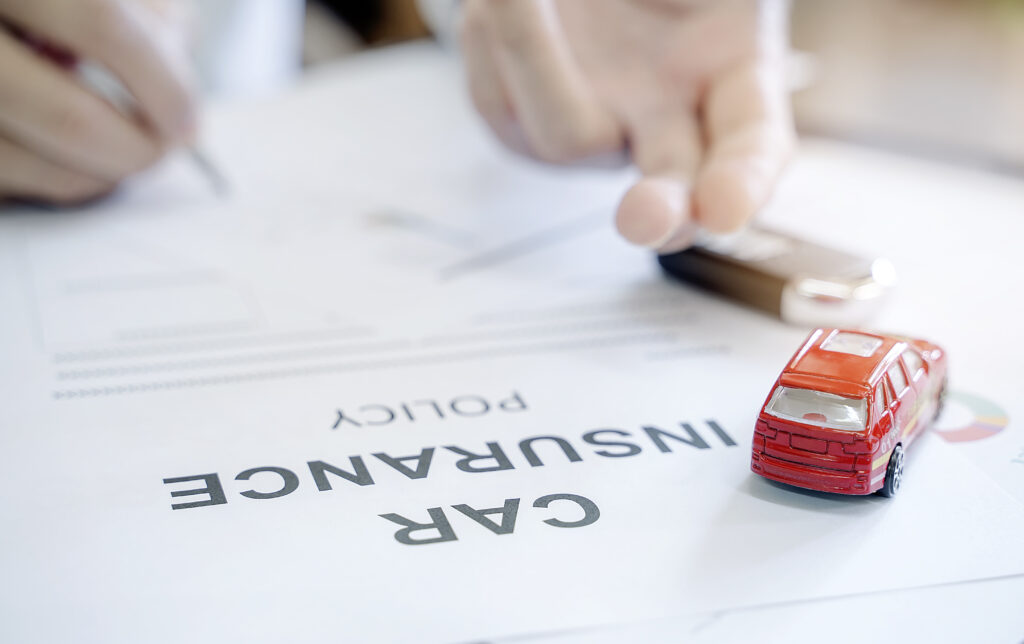 Most states require liability car insurance. But you may also need full coverage. Here are the key differences between them.